The following is an excerpt from our SWS Growth Equity quarterly update, our internally-managed strategy based upon an institutionally-designed investment process.

Our Market Take
Our daily lives are fully consumed by all aspects of the same risk causing disruptions in the equity markets. This is yet another "first" for our modern era, as prior systemic disruptions were largely perceived to be confined to financial services balance sheets (2008/2009) or among technology cohorts (2001/2002). Every single human on this planet is aware of the daily sacrifices necessary to navigate today's dislocation. This makes the task of sifting through news even tougher, as we must live through the same noise that's clouding our vision of our path through it. Yet these are the precise conditions of uncertainty that every dislocation of the past has marked its bottom in terms of equity prices, as we highlighted in our first piece in early March.

Downdraft Size + Speed = Overshoot?
Any sizable market correction tends to be indiscriminate, torching everything along its path despite varying degrees of business model resilience. This is especially magnified in a world with increasing quantities of algorithmic participants and passive strategies holding baskets of underlying issuers. These conditions caused the 34% downdraft across 23 trading sessions particularly difficult to sidestep. Rather than begrudgingly stare at the wreckage, it's important to assess what current price levels reflect and what evidence can be utilized in sifting through the rubble. We covered some of this in our March 19th piece, taking a look both at implied earnings multiples as well as dividend yields.

Some Models Better Poised for Massive Demand Shifts
As we uncover evidence of underlying business impacts since mid-March, we see varying degrees of severity, from complete demand erosion to demand spikes across various businesses. JPMorgan [JPM] shed some light on this in its earnings last week. Its credit and debit card network noted travel and entertainment spend in late March entirely disappeared, while restaurant spending plunged over 50%. Meanwhile, supermarket and wholesale club spend saw upwards of 75% increases. Although we don't own JPM within the portfolio, it's also an insightful exercise to note its balance sheet context: the $8 billion provision for loan losses booked in the quarter occurred at a 6x faster clip than the one JPM took across 3Q2006 - 1Q2008. Banks as a whole are much quicker to step up and recognize this dislocation in contrast to their multi-year denial campaign that led up to the financial crisis. Bank tier one equity capital as a whole is on much more solid footing in April 2020.

Word from the Front Lines in April
Meanwhile, online marketplaces, such as Shopify [SHOP] and Wayfair [W], noted demand accelerations at the end of March and into April. Wayfair specifically commented on a doubling of YoY growth—from 20% to 40%—at the end of March/early April, while Shopify noted seeing Black Friday level traffic since the end of March. Square [SQ] also provided evidence of its merchant customers quickly shifting to online fulfillment and curbside delivery during its March 24th business update call. Zillow [Z] made the quick decision to halt home buying via its Zillow Offers segment, while walking investors through stress test scenarios of its balance sheet on its March 23rd update. With unique pre-demand insights across its 196 million monthly home shopping visitors, Zillow has since noted various metropolitan regions recovering in-home shopping demand into April. Requests to contact its Premier Agents are also showing YoY growth as of April 15th.

Bridging the Gap
All of this suggests a plausible path to navigating the current environment, portfolio construction-wise. Efforts on returning life back to normal largely center around our ability to combat the virus at the molecular level via therapeutics and/or vaccinations. Thanks to the unparalleled tools of modern science, not only do we know the virus’s structure (unlike in 1918 when H1N1 initially was thought to be a bacteria), but we know its genome blueprint via RNA sequencing, and we know how its protein spikes trick host cells into replication. Insights on the nature of these mechanisms are exactly the types of challenges machine learning and big data are squarely designed to tackle. Hence, why we're seeing partnerships with tech titans on supercomputing capacity. Early signs of promise are being revealed by doctors utilizing therapeutics, and the script is steadily evolving towards being a matter of when, rather than if, we'll develop a solution.

In the meantime, increased awareness of social distancing, hygiene practices, and face mask utilization, while increasing availability of antibody testing and PCR testing, will aid in avoidance of overtaxing our healthcare system. All of this entails execution risk by the scientific and healthcare community, not to mention adherence by a global population of billions, in order to stem additional waves of incidence. Similar to how officials are describing reopening the economy in a dimmer-switch fashion, versus a binary on/off switch, daily accrual of progress towards recovery could strongly correlate with market pricing. Collective investor focus will soon shift to 2021 scenarios, where many of our Growth Equity positions will be well poised to capture various demand shifts. 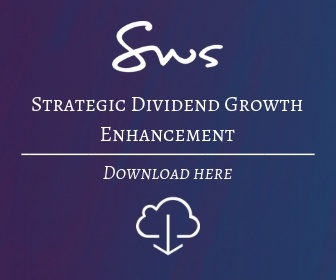 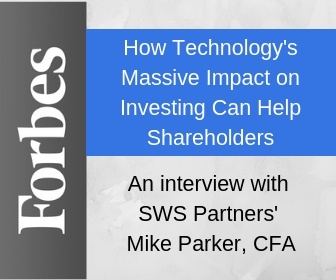